A professor in the School of Art at East Carolina University described alumnus Glenn Eure as “a serious artist who never takes himself seriously.”

He delighted in creating his “clowning around” characters.  Mesmerized by freedom from restraint in depicting unreal exaggerations of movement and sometimes startling foreshortening as well as the boldness of colors and patterns of imagined clown costuming, he adapted his ink and watercolor brush technique to this new subject – sometimes placing his clowns by the sea with a boat that could be personalized.

Later he expanded that approach creating free-form clowns set away from collagraph or mixed media backgrounds.

Although many clown personalities appeared in his paintings, the essential character named “Taske” reigned.

(Actually John Taske is not a clown; he is a mate Glenn Eure served with when he commanded an American artillery battery that augmented the Australian Task Force in Vietnam.  At the time, Taske was the Regimental Surgeon of the Task Force; he is now an anaesthetist in Brisbane, Australia.) 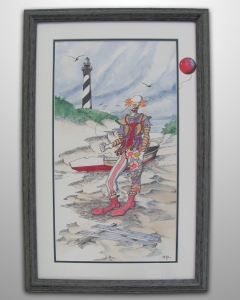 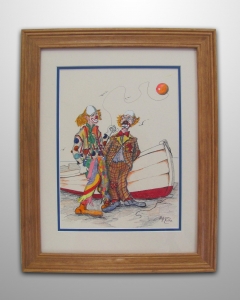 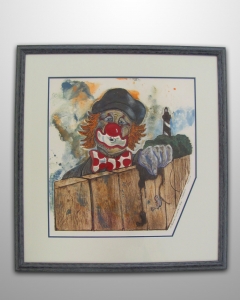 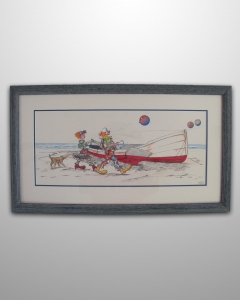 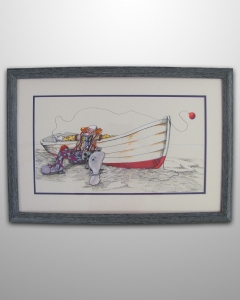 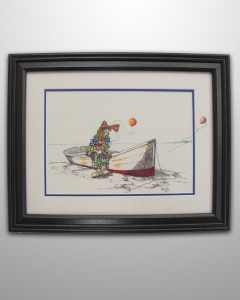 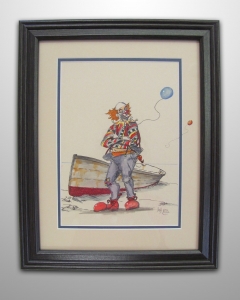